Once again, ScaleHub is honored to be recognized as a FOCUS Growth Champion for 2022 by FOCUS Magazine and statista.

ScaleHub can count itself among the top 500 fastest growing companies in Germany for the second year in a row. 2021 was the first time we received this extraordinary recognition. It’s a pleasure to be counted once again as a key growth player in the economy at large and the data technology industry.

This year, ScaleHub claimed the 279th spot on the overall list of 500 and 29th out of 69 companies in the IT, Internet, Software, and Services category.

To be named, once again, as a top contender in our industry is truly exciting and a credit to the development, technology, and trust those in the ScaleHub ecosystem have in our innovative solution.

It also means that, like last year, ScaleHub is changing the way businesses process large volumes of data, but becoming a growth champion isn’t about big, innovative ideas. It’s about how well those ideas boost sales growth—and hard numbers are reliable indicators of that success.

What it takes to be named a Growth Champion

For a sixth year, German-based FOCUS Magazine teamed up with online statistics portal, statista, to honor the 500 fastest growing companies in Germany with their Growth Champion recognition. FOCUS says that businesses named growth champions “are innovators that are securing Germany as an attractive location in the long term.”

To qualify for the competition, a company must meet minimum revenue levels, be headquartered in Germany, and operate as an independent business.

To determine rankings, Statista analyzed publicly available data for more than two million companies, then the field was narrowed down to 15,000 companies that showed impressive growth rates.

Those 15,000 companies were invited to participate by submitting and verifying their sales data—all of which were analyzed before the top 500 were revealed.

Being named to FOCUS Magazine’s Growth Champion list for 2022 is more than just a title. Again, it’s a validation for our team, leadership, and the collective endeavor that pushes us forward into the future.

To the future of crowdsourcing & beyond

As we moved forward through the pandemic, ScaleHub is not only proud to have been recognized, again, for our sales growth, but the progress our organization has made through the past year.

ScaleHub has seen an ever-increasing global demand for crowdsourcing solutions, leading to our exciting expansion into Southeast Asia, Australia, and New Zealand. And as our business stretches across global regions, that same demand has led to the onboarding of new customers such as Real Garant.

We’ve also scaled to meet our client’s needs with ScaleHub’s new offering of BPO Crowds, which allows us to offer the same benefits of crowdsourcing to customers with specific data processing requirements.

We’re thrilled to see another year of growth and recognition for ScaleHub and we look forward to the path ahead.

See an overview of all award winners in the FOCUS Magazine & statista announcement here. 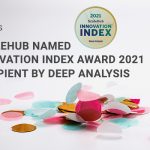 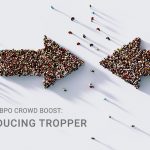